Men are scum o! How is today? How is the family? Oh, all good? Nice. Nice. Okay, welcome.

[CAVEAT: MOST of the things you’re about to read are real. They actually happened. Not all. Most.]

Today I want to talk to you about a brand new level (at the time)  of scumbaggery that once happened to someone and ended up giving us a different type of song of heartbreak and breakups — and it happened to one gentleman named Eamon Jonathan Doyle, professionally known as Eamon— some American guy from that year. 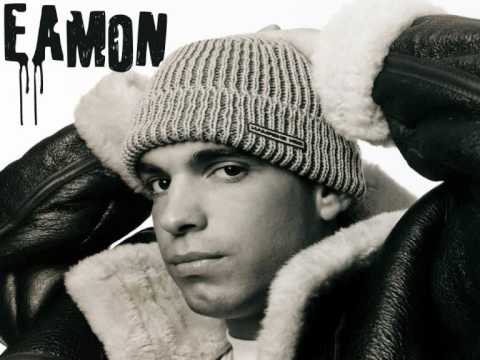 You may all remember Mr Eamon as that one hit wonder guy who crawled out of the woodwork in 2003, sang a song, topped all the charts, entered Guinness book of world records, and vanished back? Yeah, I also remembered  him that way . For a while.

It wasn’t until I looked back one day (with my 2017 eyes) on what must have prompted all the vitriol this fellow spewed out on that song that I suddenly saw everything in a whole new light.

First off, we tut-tut in faux-disgust in our minds and call him a one hit wonder when we think of him. It really  would seem that way but listen… having put together all what I’ve now come to see, I realize now that to be classifiable as a one hit music wonder, one would FIRST need to be a Musician, and no, no, no…

Someone did my guy such a stroooong thing that he couldn’t take it anymore.

He was just a guy who desperately NEEDED to get things off his chest and music was the first way he saw how. He just needed to  express  his  feelings about that ONE  incident and then, fuck music.

Look at you acting all brand new and judgey as if something so traumatic never happened to your love life before that made you just decide to pick up a skill (like carpentry or witchcraft) just to clean out your mind?

OOOOKAY, well, Eamon picked up Music. He must have been a Butcher or something before, because they broke his heart and my guy left his day job, entered the nearest studio and tried to get it all off his chest with these explicit, choppy, jabby, cut-cut, suya knife slicey lyrics.

Apparently, Sir Eamon liked a certain person so much, he gave her all, all of his trust. He toooold her, he loooooved her, he even told everyone that she was his “great one” and she put him through so much pain — (you’re singing along aren’t you?) LMAO me too!

— and she played him, and she even gave someone else head (which made Mr Eamon quite disconsolate.)

Now get this dear reader, are you still with me? Men are scum o!

Here’s the part both Mr Eamon and we the listeners couldn’t believe actually happened.

“NOW YOU ASKING FOR ME BACK…” exclaims Sir Eamon Doyle in R&B, as he recounts in flabbergasted words how his Ex tried to come back after everything she put him through.

Anywaaaaaaay… the embittered Sir Eamon proceeds to then softly sing “Fuck this, fuck that” in R&B 33 times in one song alone as he tries to take back every time he ever said lovely things to his ex.

He asks her to throw out all the presents he ever got her.

He insists that all the kisses he ever gave her meant nothing, and says he doesn’t want her back, five times in the song.

Now, as if all these things were not traumatic enough for poor Eamon, as soon as this song took over all the charts that year, something else happened that nearly took ours, and Mr Eamon’s breath and blood pressure away.

Check this — some other entirely different lady named Frankee wakes up one morning and DECIDES that SHE is the Ex that Brother Eamon was singing about.

She even released her own version of the song titled ‘Fuck you right back (F.U.R.B)’ in which she addressed all the things he spoke about IN HIS OWN  SONG, and claimed to be the girlfriend he was referring to.

Brother Eamon was of course quite flummoxed and left in a severe case of flabbergastity once again. He was about to go again into the studio to reply like “SHUOOOO, WHICH ONE BE THIS AGAIN?”

Eamon was going to release another banging banger to reply to this new dangerous person but the record label execs pleaded with him to chill and he retired from Music and went back to his day job as a Butcher.

We have come to the end of my narrative.

Thank you for reading.

Oya go back to work.

7 thoughts on “The story of Eamon”

Do drop a bar...#NoSoap Cancel reply